Improvisation in Theater was already being developed in the early years of the 20th century and has continued in regular theatrical technique with increasing interest after the mid-century mark. It has also been used in many ways in cinema production, directors like Altman made major use of Improv. even to the point at times of not furnishing actors with a script. Full stage and film improvisation can bring life to a production in surprisingly interesting ways, and in the last quarter century improvisation has been widely used. Often unrecognized if aptly done, it can fuse invisibly into the fabric of a written stage script or film scenario. There are hundreds of groups worldwide which one way or another feature the idea of improvisational theater in plays and theater workshops.

Improvisation as an important part of Theater, uses a variety of experimental techniques designed to enliven the performance of a dramatic reading or a performed staged play. Without formally realizing it, stage directors have tried to incorporate an actor’s intuitions into performed parts of a play. When confronted with a stiff and unconvincing part, a director will often say to ad-lib it a bit, and if the actor has a good improvisational skill, he will act out the part on his own as if he were the writer laying out the script. Life and liveliness come naturally from Improvisation and in theater and cinema this has been established as a common and worthwhile technique. We often can’t be sure when a part is being improvised or read from memorized script, except by noting that it sounds very agile and good, perhaps better than the surrounding scripted material. Reversing the situation, a skilled actor can perform a part brilliantly by reading it from script as if he were improvising the words, of which there are well known examples in the history of modern cinema.

Leif coached my son into the Mark Twain Middle school, La Guardia High School, AMDA, and got his career going. I am forever grateful. What makes Leif’s Improv. and Acting Playhouse more reputable and unique is that Leif has great relationships, and a solid reputation with the best New York agents, and casting directors. With his whole family working in the entertainment business, no wonder Leif’s Improv. & Acting Playhouse stands out above the rest. 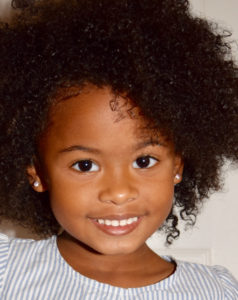 Amazing Actress[/caption], Amanda (5yrs old) recently started taking classes with Leif’s Improv Playhouse (LIP) at Aviator. Every week she is excited to attend class. After her first improv class, she went to an audition for Walmart and booked it. She came out of the audition all smiles saying ” Mommy this was exactly what we did in my acting class”. Leif Riddell knows his stuff and with his experience in this industry, he knows exactly what the casting directors are looking for. He knows ho…

Leif is an inspirational leader and teacher. His unique ability to draw out emotion is very engaging as well as his lovingly evil laugh. I truly enjoyed his introduction to improv class and plan to continue training with this experienced teacher. I highly recommend his classes and services. Thank you Leif! 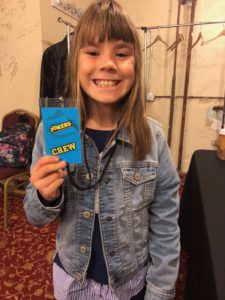 Cast in Jokers[/caption]When we first met Leif at the playhouse, my daughter was very shy and soft spoken to say the least. She had a hard time socializing with others, and was afraid to speak up or ask questions. Leif worked with her for a while and I couldn’t believe the transition that took place. My daughter is now the lead in the school play and has acted in a TV show. If it wasn’t for Leif’s unique coaching and techniques my daughter would never be where she is today. Leif you are i…

Like all parents, I just thought my son was a good “school play” actor, and was fine with that. Leif saw something in my son that I NEVER did. Besides, fine tuning his skills, his friendship and words of wisdom are off the charts. My son has been on National T.V., was a co-star in a Feature Film, music video, major chain store commercial, you tube channel series, just to name a few. You cannot go wrong with Leif Riddell or Leif’s Improv. Acting Playhouse!

Leif, I have to say that every time you hold an event our talent LOVE IT! I know that you normally deal with my assistants but I wanted to personally thank you for the excitement that you always leave out talent with. They keep coming back for more!

Christopher started Improv classes 2 years ago with Leif Riddell, not because he was into acting, but because he was struggling with his social interactions. Since then he has improved exponentially and has built lasting friendships. Thank you Leif for all you do to inspire the kids.